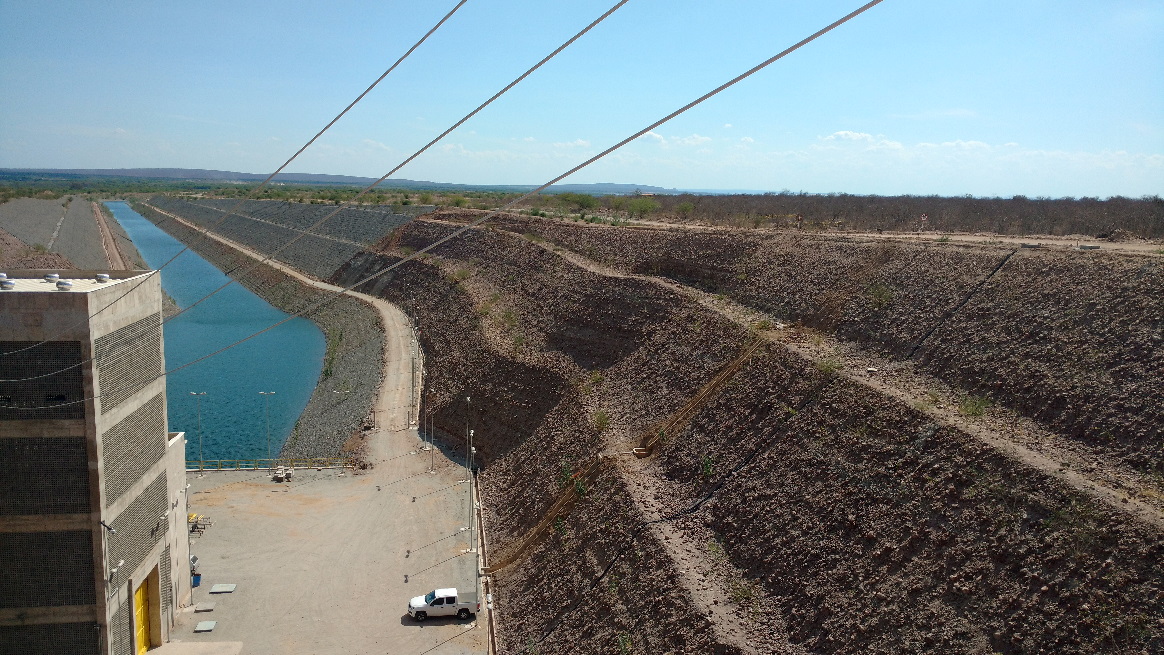 In Brazil, the government has been looking to bring relief to a semi-arid area in the northeast of the country that is home to 12 million people. Sulzer designed and manufactured six of the largest pumps in the project, to transfer water from the São Francisco River to the drought-affected area.

For decades, work has been going on to improve the water supply to the northeast region of Brazil that is equivalent in size to France. Over the past 10 years, the government has brought together designers, engineers and manufacturers to create 600 km of canals, 9 pumping stations, 27 reservoirs and all of the associated infrastructure.

The extraction point for the Northern section would require two of the largest pumps ever manufactured by Sulzer, and some of the pumps would require electric motors rated over 5 MW.

This massive project involved extracting water from two points on the São Francisco River; the first pumping it to the North and the second pumping water to the Northeast. In both cases, the designers had to overcome a number of challenges, especially the variable height of the São Francisco River and the huge distances that the water had to travel.

As one of the world’s leading pump manufacturers, Sulzer was involved in this project from the early stages, offering technical advice on what could be achieved with modern pump designs. This led to Sulzer being awarded the contract in 2007 to design and manufacture six enormous pumps that would help make this concept a reality.

All three of the pump models selected for this project had known hydraulic profiles, but they had never been manufactured for such large flows with the associated power requirements. Bruno Antoniassi, Head of Sales, Brazil Energy Business for Sulzer, explains: “It was essential that we create scaled-down models to validate the suction well geometry, the hydraulic performance and the mechanical structure of the pumps.

“Due to the dimensions and the weight of the proposed pump designs, it would not be possible to test them on a commercially available test stand. Fortunately, our designers were able to overcome this and several other challenges that arose during this project. Using computer modelling as well as scaled-down pumps, we resolved all of the issues.”

One of the main complications concerned the river levels, which can vary considerably, depending on the rainfall in the area. The design of the suction layout and the pump itself had to accommodate this variation and still deliver the required flowrate, especially when water levels were low and demand in the arid areas was at a peak. The solution was to create pump designs that could operate at different suction levels, with the flowrates and power demands matching the changing situation.

Of course, with such large power requirements to drive these pumps, efficiency was one of the major challenges for Sulzer. Since the running costs make up 90% of the overall expenditure of each pump, creating a design that delivers optimum efficiency was a major priority for the project.

Overall pumping efficiency is calculated from mechanical, hydraulic and volumetric efficiencies, all of which are determined by the engineering design of the pump components. Sulzer refined the design of each pump to ensure it precisely matched its role and provided the customer with a guaranteed efficiency at the rated point.

Having finalized the design and tested the models, manufacturing could begin. With such large castings and a considerable amount of machining to be done, the build time for the six pumps was estimated at 12 to 15 months. All of the work was completed in Sulzer’s Brazilian facilities, which enabled the customer to monitor progress easily.

Bruno Antoniassi continues: “Sulzer was chosen to deliver this contract for a number of reasons, not least our expertise in pump design, but also because of our extensive facilities and labor resources in Brazil and within our global network. These have allowed us to complete the installation and commissioning of six pumps for this project.”

The installation process was a challenge in itself; the size and weight of the components, combined with the remote locations of the pumping stations and the lack of any infrastructure meant the field teams had to be properly equipped to complete the task. The Sulzer engineers completed the commissioning on time and, more than 10 years on, the pumps continue to supply water to the North Eastern region.

Pumps for the largest smolt facility in Norway