December 26, 2004 was the day when Indian south eastern coast was hit by Tsunami waves. The immediate effects are known to the whole world. What is not known is the effects that followed days after Tsunami.

A large Sewage and waste water treatment plant near Chennai was just commissioned a few days ago prior to Tsunami. The equipment included several PC Pumps installed horizontally to handle sewage water. The site was one of the largest in India and had biogas generation plant attached. The entire power need was being met by the biogas operated engine- generators.

With in a few days after the Tsunami, customer reported substantial reduction in pump flow rates. Since the equipment was under warrantee the manufacturer Tushaco agreed to supply a stator/rotor set free of cost. Within days after installing the spares – customer again had the same complaint. Not for just one pump – but for all operating pumps. Even the standby pumps had to be put in operation to keep the plant going.

During investigation it was observed that the pumped water contained a large amount of sea sand. This was not a part of specification provided for pump selection. Secondly, the rotor showed heavy wear all along the OD. Stator was unaffected, especially at 6 O’clock position. There was some uniform wear at other locations in the stator. Customer explained that this was due to sand that was carried by sea that spread  over a large portion of the city. No one can blame the Nature!

The peculiar wear pattern suggested that the sand simply settled in lower part of the stator cavity and did not move ahead (Fig 1). This made an abrasive bed for the rotor to rub on. That explained the abnormally high rate of wear.

Considering this, it was suggested by the pump manufacturer to install the same pump vertically on a column or wall. As there was no pump to spare, a new pump set was quickly assembled and offered on trial basis to see the effect. It was expected that the sand would be flushed out by gravity and flow and there will be no settling inside the stator (Fig 2).

The trial for more than 2 months was enough to prove that the idea was indeed working. Condition of rotor was very good – with no signs of wear. Stator too had no issues.

Subsequently, all pumps were converted for vertical installation with piping modifications needed. Sand traps were added to remove the sand from blocking discharge line at vertical bends.

The incident goes to prove that if a customer is willing to try out a change that would bring him benefit – there is always a chance to overcome a problem and have a win – win situation.

Location  : Kodangaiyur, Chennai, India with capacity of 110,000 m3/d one of the largest in India. 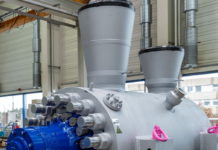 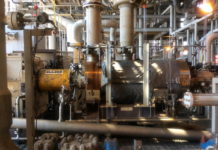 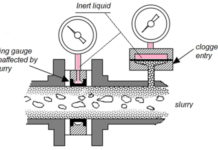 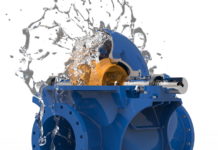 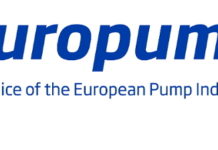 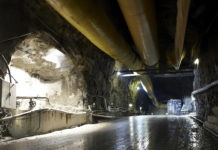