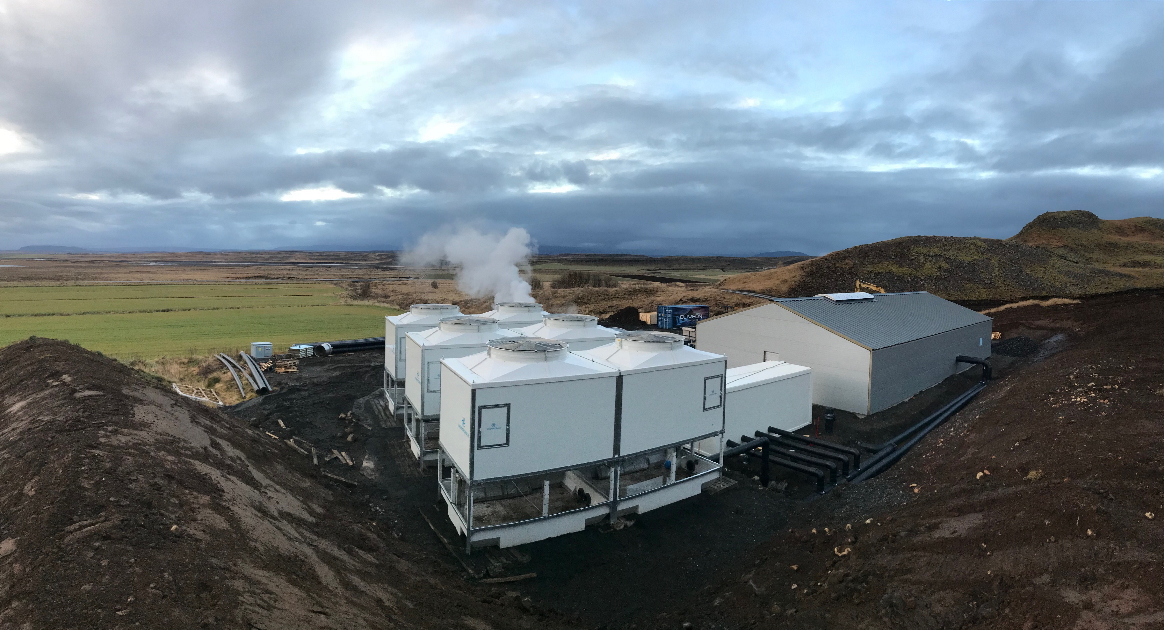 Global energy demand will continue to rise because the world population is expected to grow by 1.7 billion people until 2040 according to market experts. Based on forecasts by the International Energy Agency (IEA), the demand for energy will thus increase by one quarter in the next two decades. To be able to meet this demand in the future, the IEA expects that annual investments of two trillion US dollars (approx. 1.75 trillion euros) will be necessary. A gigantic sum, considering that all available resources are not even used sufficiently today. More than 50 percent of global energy consumption is wasted in the form of low-temperature heat. This type of heat is generated as a by-product in various industries, like steel production or shipping, but also in geothermal energy. The latter can be found worldwide and is considered an unlimited source as it is available 24/7. This is a cheap and renewable form of energy with the definite potential to cover most of the demand, which today is covered with energy from well-established sources: coal, nuclear energy, oil, and gas. But how do you tap into these resources?

A business for a better world

This is Climeon’s motto. Founded in 2011 by Thomas Öström and Joachim Karthäuser, the Swedish company started building their first prototype for a unique Heat Power system the same year. This innovative technology generates clean energy utilizing low-temperature heat, using precisely those resources that have so far remained unexploited. This system usually operates in a temperature range between 70 °C and 120 °C and uses temperature differences between warm and cold water to generate electricity.

The solution can be connected to any source of heat with differing flow rates and temperatures without any additional adjustments. Unlike wind and solar solutions, it operates independently of the prevailing weather conditions. Compared to traditional systems in this area, Climeon’s technology operates at a low pressure level, meaning the system has a compact and modular design and can easily be upscaled from a 150 kW module to several systems for larger installations generating a total of 50 MW. Moreover, its design guarantees that the solution can be operated at partial load with optimum efficiency. The module is started and shut down automatically as soon as fluctuations are detected in the heat source. It comprises only three moving parts: a turbine and two pumps.

The pumps play an essential role in this system, as they have to pump out residual condensation left over from the liquid vapor used to drive the model’s turbine. The challenge here is that hydraulic machines need to have an extremely low net positive suction head (NPSH). This number states the minimum pressure on the suction side of the pump, which every pump needs – depending on its design – to be able to work free of cavitation.

Andritz was awarded the order to supply exclusively for the Heat Power module because the group met Climeon’s high, ethical requirements in terms of the company’s sustainability, social responsibility, and environmental values. The international technology group has been successfully supplying single-stage centrifugal ACP series pumps through its local sales partner Processpumpar AB in Sweden since 2015.

“We chose to work with Andritz not only because they could supply us with high quality pumps but also because of the great technical support they provided”, says Carina Osmund, Head of Production and Sourcing at Climeon.

All-rounder in the world of pumps

Andritz has been known globally for competence and innovation in engineering centrifugal pumps for more than 165 years. These decades’ worth of experience in engineering hydraulic machines and the company’s extensive expertise are reflected in the high standard of these pumps. They are robust and wear-resistant, thus meeting the highest customer expectations in terms of efficiency, lifetime, maintenance-friendliness, and cost-effectiveness in many different applications.

Andritz single-stage centrifugal ACP series pumps are available with a highly wear-resistant, open-impeller design. They are true all-rounders. Thanks to their low axial thrust and open channels, these pumps are suitable for conveying many different media. Depending on the impeller design, they can convey slightly contaminated and contaminated media with some solids content and a consistency of up to 8 %. As process pumps, they can cover a wide range of applications in different industries. Moreover, their modular system provides high availability, enables the use of tried-and-tested components and reduces the number of spare parts to be kept in stock. This type of pump is ideal for applications in the Heat Power module in that it achieves favorable NPSH values. With efficiencies of more than 90 %, the pumps also contribute towards saving valuable energy. Equipped with a basis in which to integrate special monitoring sensors, these pumps can be monitored and optimized continuously in terms of general efficiency, operating behavior, energy consumption, and other important measured values in the spirit of the Industrial Internet of Things.

From steel production to shipping

Provided with these high-quality centrifugal pumps, Climeon supplies numerous clients in different industries worldwide with its Heat Power system. This includes SSAB AB (former Svenskt Stål AB), for example. With an annual production of eight million tons and annual sales of 55 billion Swedish kronor (approx. 5.2 billion Euros), the company is one of the 50 largest steel producers worldwide. In accordance with its sustainability objective of a fossil-free steel industry by 2045, SSAB decided to make use of the residual heat generated during production processes by using Climeon. The first step – the order for a pilot plant in 2014 – was followed by an order for another module. Both plants have been in operation on the premises of SSAB’s steelworks in Borlänge, Sweden ever since. They now convert previously wasted heat (e.g. hot water) into energy for steel production, with even the plant’s smallest Climeon unit saving up to 600 tons of CO2 emissions per year.

Apart from steel production, shipping also produces a large amount of heat that usually remains unused. In 2015, the Viking Line decided to install a Climeon system on their passenger ferry “Grace”, which sails between Sweden and the Finnish Åland Islands. After a successful test phase with significant CO2 and fuel savings, which were higher than expected, the Viking Line decided to expand its collaboration with Climeon. On a ship like the Viking “Grace”, Climeon can produce up to 1 megawatt of power, thus reducing fuel costs by up to 5%. In 2016, the Climeon solution was installed on all new Viking Line ships and options for retrofitting on existing ships were tested. In August 2017, the Viking Line ended up placing a follow-up order to fully equip its newest passenger ferry.

In addition to the Viking Line, Sir Richard Branson’s Virgin Voyages has been a client of Climeon’s since 2016 and ordered a total of 18 Heat Power units for the first three vessels in its still expanding fleet. The Virgin Group’s founder is not only a client of Climeon, but also an indirect investor. He is a part of Breakthrough Energy alongside several other leading global businessmen like Jeff Bezos, founder and CEO of Amazon, or Bill Gates, founder of Microsoft and Co-Chair of the Bill & Melinda Gates Foundation.

Founded in 2015, Breakthrough Energy set itself the goal of all human beings on our planet being able to enjoy a good standard of living, which includes such basic needs as electricity, healthy food, comfortable accommodation, and means of transport. However, an important factor in this undertaking is to achieve all of these goals without contributing to climate change. For this reason alone, a fund was established with the name of Breakthrough Energy Ventures. It supports ultra-modern companies whose products, innovations and developments contribute towards achieving this goal. To be considered for investment, companies have to fulfill four core criteria. For example, the technology must have the potential to reduce greenhouse gas emissions by at least half a gigaton a year, which is around one percent of the predicted global emissions for 2050.

One of the companies that fulfilled this criterion as well as the other three criteria relating to other investors, scientific feasibility and potential for closing gaps in existing networks is Baseload Capital – a specialized investment company founded by Climeon, Blue, Gullspång Invest and LMK at the beginning of 2018. The company works on a global level to achieve its goal of providing thermal power operators with the financial means to build and operate regenerative thermal power stations. Carmichael Roberts from Breakthrough Energy Ventures explains the allocation of the 12.5 million US dollar investment: Combined with Climeon’s innovative technology, Baseload Capital has the potential to supply greenhouse gas-free power economically and efficiently on a large scale. Climeon holds 15.7 percent of Baseload Capital’s shares. It not only benefits from financial support from Breakthrough Energy, but also because Breakthrough Energy has access to international expertise and a network with several of the world’s most knowledgeable people in the energy sector. This allows Climeon to make progress with the global distribution of low-temperature geothermal energy through its Heat Power module with the Andritz single-stage centrifugal pump.

The Pump Video of the Month – A modern way of...