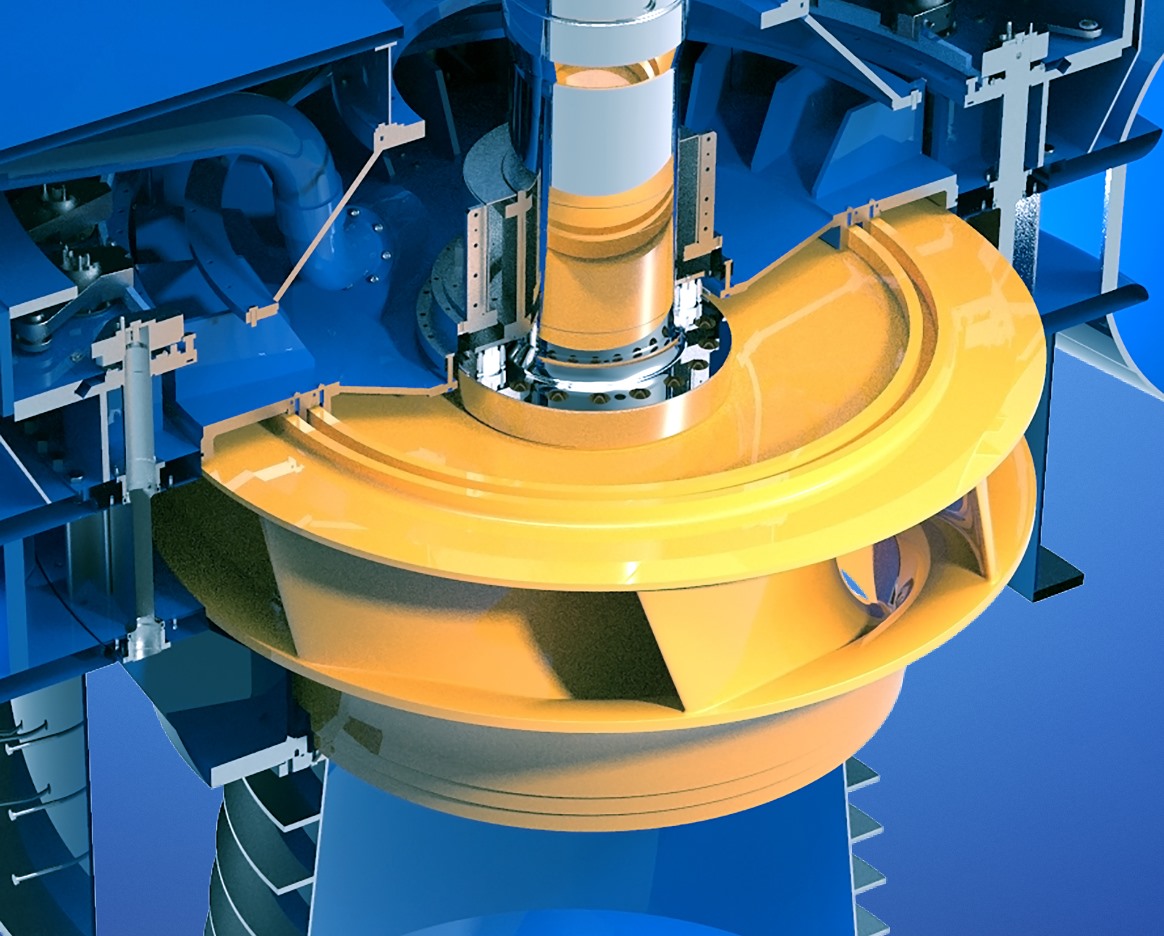 In India two thirds of the agricultural land depend on the monsoon or regular rainfall. Irrigation has a long tradition in Indian agriculture – it was first mentioned in an Indian song in the year 2000 b.c., however the World Bank confirmed in 2010 that only 35 percent of the total agricultural land in India has reliable irrigation.

In the summer of 2017, temperatures in Hyderabad, the capital of Telangana, rose to a new ten-year record level of 43 degrees in the shade. This was the third heat wave in succession in the past three years. As reported in the Indian media, various studies have shown that periods with such extremely high temperatures are no longer occurring only once in a hundred years, but can now be expected once every ten years. This creates problems – not just in irrigating agricultural land. The related crop losses also result in negative economic developments and human tragedy. During the second heat wave in 2016 alone, just under 1.4 million farmers left this region. And at least 176 people lost their lives.

With the Jala Yagnam project, the local government already took measures some years ago to solve the irrigation problem. The Jala Yagnam project, which translates as “worship of water” or “sacred water”, comprises a series of irrigation projects of different magnitudes. Around 3.3 million hectares (8.2 million acres) of agricultural land are to be irrigated with the aid of this project.

The Kaleshwaram project is one of the largest sub-projects. It is designed to store approximately 4,7 trillion liters of water (169 TMC (one thousand million cubic feet)) in order to irrigate 736,345 hectares of agricultural land in Telangana. For this project, a dam is to be built near the village of Kaleshwaram downstream of the point where the Pranahita flows into the Godavari River. The districts of Karimnagar, Medak, Nizamabad, Nalgonda, and Ranga Reddy are to be irrigated from there. The project comprises several pumping stations with reservoirs. All in all, the water is transported over a height of 500 meters and a distance of 200 kilometers. This is the first multi-stage lift irrigation project of this magnitude and complexity in India. It also contains the longest water transport tunnel in Asia, extending over a distance of 81 kilometers and connecting the dam to a reservoir. An irrigation project of this kind is unique, not just in India, but worldwide.

Such infrastructure developments are awarded turnkey as so-called EPC (Engineering, Procurement, Construction) projects in India. The EPC contract partners are usually large Indian infrastructure companies. In this type of contract, the basic requirement is that key components – in irrigation projects these are the pumps and motors – are only supplied by qualified companies with a healthy balance sheet and good financial standing.

In the Kaleshwaram project, the Indian infrastructure company Megha Engineering & Infrastructures Ltd. (MEIL) is acting as EPC contract partner. Based on a joint overall solution for turnkey delivery of the key components – pumps and motors – Andritz and its long-standing partner ABB were awarded the contract. While ABB Finland is supplying the motors, Andritz will manufacture 27 vertical volute pumps for three pumping stations.

International technology group Andritz is a world market leader for the supply of plants, equipment, and services for hydropower stations. This portfolio also includes high-quality large and standard pumps used in infrastructure projects for irrigation, desalination, and drinking water supplies, for example. The Andritz Group’s Pumps division is supporting the Jala Yagnam infrastructure project in a total of eleven sub-projects. These include delivery of three vertical volute pumps for the Bheema project to irrigate 820 km² (203,000 acres) of land and five volute pumps for the Kalwakurthy pumping station with a total flow rate of 115 cubic meters per second.

In addition, a new hydraulic system with a particularly high specific speed of 400 NSQ and 600 NSQ (a measurement describing the ratio between flow rate, speed, and delivery head) was developed for the pumps in the first and second stations, taking account of the circumstances there. In addition, the weight of the impeller was optimized and the draft tube was downsized. Depending on the plant concerned, a single pump achieves heads between 25 and 107 meters and handles a flow rate of 31.1 to 83 cubic meters per second. The largest head achieved is 107 meters, which is approximately the height of the Cathedral Church of Milan, while the pumps with the highest flow rate of 83 cubic meters per second could completely fill the Cheops Pyramid in Cairo, Egypt, within eight hours.

Besides design and delivery of the pumps and spare parts for them, installation and commissioning work on site will also be supervised by Andritz personnel. Completion of the entire project is scheduled for 2020. Great hopes are being pinned on the success of this infrastructure project. Harnessing sufficient water reserves for reliable irrigation of agricultural land will also bring about a long-term change for the better in the lives of farmers and everyone else in India’s most populous state of Telangana.

KSB at water and wastewater exhibition Ifat 2022 in Munich, Germany