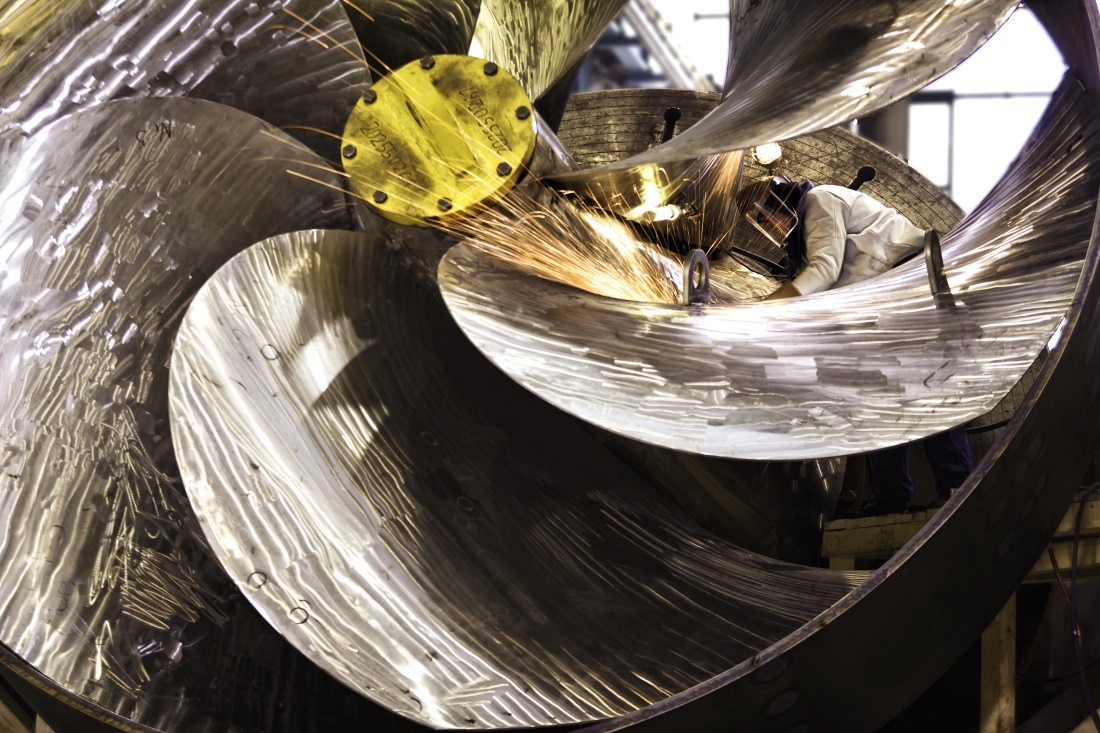 In Uzbekistan, systematic irrigation is based on seven natural oases and started more than 2,500 years ago. Today, the network relies on numerous pumping stations and canals and spans approximately across 196,000 km. In its kind, it is one of the most complex ones in the world. This also includes the Amu Bukhara irrigation system, which is now being modernized as part of a comprehensive refurbishment. For this endeavor, the Uzbek government relies on Andritz pump technology, which has proven itself worldwide.

Agricultural irrigation is one of the central economic sectors in Uzbekistan and is essential for 90 % of its agricultural production. Agriculture is still the main source of income, especially in the rural areas and municipalities. In Uzbekistan, almost half of the population, 48 %, lives in such regions. Due to the geographical and climatic conditions, however, Uzbekistan depends heavily on artificial irrigation. In order to significantly improve its agricultural productivity and sustainability, and thus the overall living standards in rural areas, the government has introduced two programs. Their goal is to modernize the irrigation and drainage systems to achieve higher productivity and better environmental protection. Many of the systems still stem from Soviet times and are therefore no longer state-of-the-art, as their service life has already been exceeded by far.

These plans also include the country’s largest pump irrigation system, Amu Bukhara, which supplies water to the Uzbek provinces of Bukhara and Navoi. In 1965, the network was built on the right bank of the Amu Darya River to provide water for the irrigation of approximately 250,000 hectares of land and supplies to cities and local industries. According to the latest population census in 2012, 1.7 million people living in these provinces depend on this system. After more than 50 years of continuous service, however, some of its major and minor channels are in such desolate condition that the maintenance costs are swallowing up more and more money. An additional problem is the pump equipment, which has already repeatedly failed and whose pumping capacity is steadily decreasing due to obsolescence. This causes a very poor water supply. 15 to 20% of the water in the main intake channels, for example, do not reach the cultivated areas. Overall, the irrigation efficiency is only 40% and thus, representing a significant risk to agricultural production and life in the region. Furthermore, the obsolete and energy-inefficient pumping stations not only require large amounts of electricity, but also have become a large, no longer responsible environmental impact emitting 758,000 to 935,000 tons of CO2 emissions.

In addition to the outdated and inefficient plant itself and a population, which is highly depending on agriculture, also climatic changes require a comprehensive renovation and modernization of the irrigation system. According to current forecasts, Amu Darya’s flow will drop from the current 38 km3 per year to an estimated 22 to 28 km3 per year, and the annual fluctuations in the flow will increase from amounts between 31 and 34 % to 36 and 44 % in 2050. Under these conditions, already serious irrigation problems can be expected in 2050.

Against the ravages of time

In order to successfully counteract these various factors, the government, with the support of the Asian Development Bank (ADB), is implementing a comprehensive overhaul and modernization of the system. Among other things, this plan includes also the construction of a new pumping station as well as the modernization and refurbishment of four existing stations.

Such infrastructure developments are awarded turnkey as so-called EPC (Engineering, Procurement, Construction) projects in India. The EPC contract partners are usually large Indian infrastructure companies. In this type of contract, the basic requirement is that key components – in irrigation projects, these are the pumps and motors – are only supplied by qualified companies with a healthy balance sheet and good financial standing.

In the case of the Amu Bukhara project, the Chinese infrastructure company Hebei Construction Group acts as the EPC contractor. Due to the best fulfillment of the strictly defined award criteria, Andritz was awarded the contract for the delivery of the core components and supplies a total of 16 custom tailored pumps including the respective spare parts for two pumping stations.

International technology group Andritz is a world market leader for the supply of plants, equipment, and services for hydropower stations. This portfolio also includes high-quality large and standard pumps used in infrastructure projects for irrigation, desalination, and drinking water supplies, for example, and under its own technology brand “Metris – Foresee digitally” a wide range of innovative products and services in the area of Industrial Internet of Things (IIoT).

Andritz has specialized very early in the construction of large irrigation and drainage pumps. In the 1960s and 1970s, the company supplied various irrigation pumping stations in the Middle East and Africa, which are still in operation to this day. An area of ​​420,000 hectares, for example, is being irrigated with Andritz pumps in Sudan alone. This roughly corresponds to the area of ​​around 933,000 football fields.

Recent projects include, among others, the Indian infrastructure project Jala Yagnam. Andritz supports this endeavor in a total of eleven sub-projects. These include delivery of three vertical volute pumps for the Bheema project to irrigate 820 km² (203,000 acres) of land, five volute pumps for the Kalwakurthy pumping station with a total flow rate of 115 cubic meters per second as well as 27 vertical volute casing pumps for the largest subproject Kaleshwaram providing water for 736,345 hectares of agricultural land.

In the south of Alexandria, Egypt, 17 Andritz vertical line shaft pumps are operating in a new pumping station supplying one of the main irrigation canals, the Nubaria Channel, with a total of 11.7 m3 of water per second to irrigate more than 3200 km2 in the future.

The pumps for the two pumping stations of Amu Bukhara are highly technical pumps whose development and production have been carried out according to the project-specific requirements. For the Kizil Tepa station, 10 tailor-made vertical volute pumps are being produced – each with an efficiency of up to 90 percent. They reach a head of up to 75 meters and a flow rate of up to 440,000 cubic meters per hour.

For the second station, Kuyu Mazar, six customized vertical line shaft pumps are planned. They reach a head of up to 24 meters and a flow rate of up to 414,000 cubic meters per hour. These hydraulic machines are also designed to take into account the increasingly changing characteristics of the river. Equipped with a hydraulically adjustable mechanism, it is possible to vary the impeller’s angles up to 15° between minimum and maximum. Thus, it is possible to respond reliably and promptly to changes in the head and flow rate even during pump operation. Additionally, by varying the impeller diameter and the trailing edge, an exact adaptation to desired operating points can be made and the efficiency can be optimized. This adjustment device has clear advantages when significant changes in the flow rate occur and is characterized by a long life with no need of any electronic spare parts.

Besides design and delivery of the pumps and spare parts, installation and commissioning work on site will also be supervised by Andritz personnel. Completion of the entire project is scheduled for June 2020. Great hopes are being pinned on the success of this infrastructure project. Harnessing sufficient water reserves for reliable irrigation of agricultural land will also bring about sustainable changes for the better in the living conditions for future generations in the respective Uzbek provinces.

The Pump Video of the Month – Reliable automation of a...